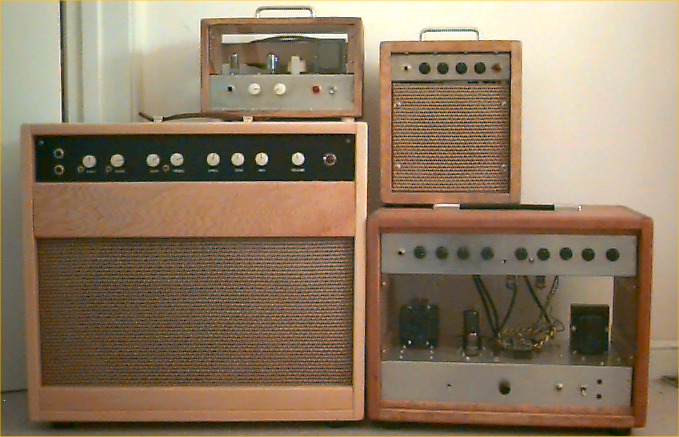 Written when I used to take the E train every day in NYC and was still playing with The Steamers (1979-1980). I’ve since played it with practically every musician I’ve jammed with at my brother Steve’s studios over the past 40 years. This version was recorded with Corey Bovyer & Steve Lavelle. The first lead guitar is me & my Tele through the Tonerator amp. The other guitar and the bass are Steve. Corey on drums.

Every musician has gotta have at least one surf tune in them, right? Recorded with the Skunkwerks rhythm section (Corey & Steve). This one puts the Tele through the Verberator.

This one started out as just a bass line, but I don’t remember who played bass on this recording (me or Steve) or what’s under the bed, but it was a fun guitar jam with Steve and his feedback obsession. Corey on drums. Pretty sure I used theTele and the Pentotron on this one…

I wrote this after dropping out of college and living at home for a year (1977/1978). The Steamers were reduced to a quartet by then, and we played the original versions of Dropout & E-Train until breaking up in the summer of 1980. This is from the notrorious Chicken Coop sessions. Me on guitar & vocals; Geoff Wooding on lead guitar; Ric Wagner on bass; and I forget on drums (sorry! we had a couple).

I write songs with lyrics extremely rarely, but I came up with the chorus in the shower one day, inspired by the novel High Fidelity, and got stuck after one verse. I took what I had to Brer Steve and Paulmer Soderburg and we figured out the rest together. Drums by Paulmer; Steve on bass & lead guitar; me on vocals & at least 2 guitars.

The best xmas song since Christmas Wrapping. Written & sung by Johnny “Zeke” Carey, backed by The Raytones (me, Steve, Paulmer and a couple of other guys they worked with at Raynet). I did the keyboard & synth parts.

This site uses Akismet to reduce spam. Learn how your comment data is processed.